Premiere of “My Uzbek Dream” in Tashkent

On Saturday 2 October 2021, “My Uzbek Dream” was screened at the Alicher Navoi Cinema Palace, in Tashkent (Republic of Uzbekistan), as part of the Tashkent International Film Festival “The Pearl of the Silk Road”. The screening was preceded by a meeting with Arnaud Frilley (the film director) and Gérard Depardieu (the protagonist of this documentary).

The Tashkent International Film Festival, held in 1968 — 1997, was a great event dedicated to the screening of films from Asia, Africa and Latin America. After several years of inactivity, the Festival has made its return this year under the name “The Pearl of the Silk Road” and with the slogan «For Peace, Education and Progress». 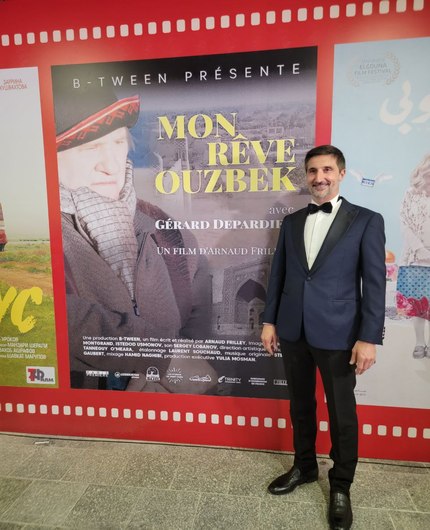